A World in Strife: Absolute Order 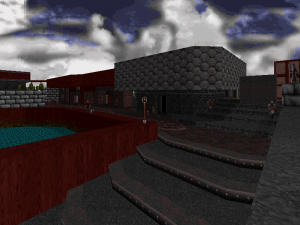 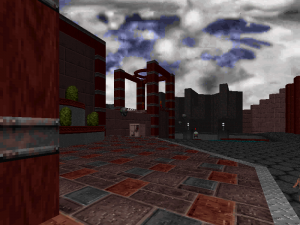 Maybe not so quiet and peaceful

Absolute Order is the second mod in a series called A World in Strife. It is more ambitious than its predecessor Raiding the Dam as Absolute Order is a full-fledged hub with six levels (plus a "game over" map) and use of some ZDoom features used to compensate for Strife's hardcodedness (accuracy and stamina upgrades provided as powerups thanks to DECORATE, scripted events using ACS, and MAPINFO level names).

After the Entity was vanquished, the Front started sending elite agents to infiltrate the Order's remaining stronholds and destroy them to free the population from their tyranny. The town of Sweetwater is one of these places; but the mission might prove itself much harder than expected...

The gameplay is quite similar to Raiding the Dam, however the accuracy and stamina powerups simplify health and ammo management. The hub structure allows each map to be much smaller than its predecessor. Starting in the town, you have to break in an Order manager's home to obtain the access keycard to the mines. From there, you will unlock access to more areas from the town, until the first inquisitor fight forces you to travel to a zone contaminated by the alien influence of the entity. From then on, going back to previously explored areas is no longer possible. 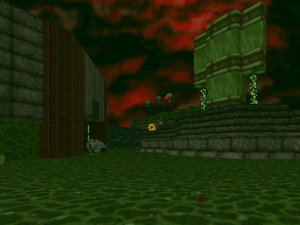 Maybe not so sweet, and not so water either
Retrieved from "https://zdoom.org/w/index.php?title=A_World_in_Strife:_Absolute_Order&oldid=37643"
Categories: