Call of the Apostate 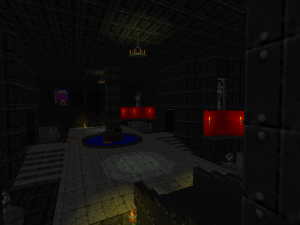 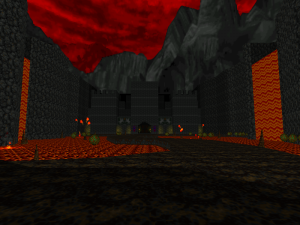 Call of the Apostate is a ten-level episode for Heretic. A ZDoom-compatible port is required only for a new enemy (the Apostate of the title) and a small MAPINFO tweak; otherwise it looks and feels like a vanilla Heretic map set — but a good one.

Story-wise, the mod doesn't try to be exceedingly original: Corvus learns about the existence of a necromancer only known as the Apostate who the Serpent Riders used as a sort of safety policy. He then sets out to slay D'Sparil again and get rid of this Apostate immediately afterwards; retreading familiar ground before venturing into the unknown.

Call of the Apostate provides a sort of summary of the original game, with the first three maps inspired by

"City of the Damned", the middle three by

"Hell's Maw", the next three by

"The Dome of D'Sparil" and the very last map reminiscent of Hexen. From architectural themes to weapon and monster progression, the reconstruction is faithfully done. However, the level of detail is greatly increased. Like

Curse of D'Sparil, the levels are designed with only the stock textures and illustrate that Heretic's seemingly-limited texture choice shines its brightest when cleverly used to create majestic, monumental levels. The last four levels are especially impressive in this respect. 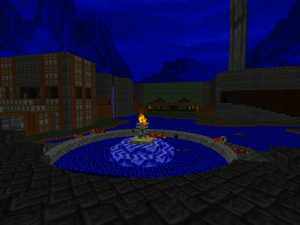 The gameplay is tight and well-balanced for the most part. The final boss, however, can be either very hard or far too easy, depending on whether you managed to find and hoard until the end rare artifacts such as the ring of invincibility or shadowsphere which will protect you from its attacks allowing you to dispatch it quickly without being distracted by the need to dodge fire and replenish health.