For more information on this article, visit the PLAYPAL page on the Doom Wiki.

These are the built-in Palettes for each game which ZDoom currently supports. Each color has been numbered for ease-of-use with functions such as CreateTranslation. One thing to keep in mind, though, is that cyan is not transparent!

The Doom palette does not contain cyan, nor is any color in the palette used for transparency due to the nature in which graphics (save flats) are stored in a WAD. Index 247, which is often pictured as cyan (R:0, G:255, B:255) is a convention used by many editing utilities for ease of editing and to better see the outside border of sprites. Index 247 is in fact black and can be used in Doom graphics, though many editing utilities will, sadly, not let you use it. It was probably used first because index 247 is redundant with index 0 and wasn't actually used in any Doom sprites, though it is used in some in Doom II and Final Doom (e.g., patch RW33_3 used in the METAL4 texture). This is a source of problem for other Doom engine games as index 247 in the Heretic, Hexen or Strife palettes is not redundant and is used in many sprites, flats and patches. Editing tools that rely on this assumption of a "transparent color" degrade these games' sprites when used.

Note: Chex Quest and Freedoom have the exact same palette. 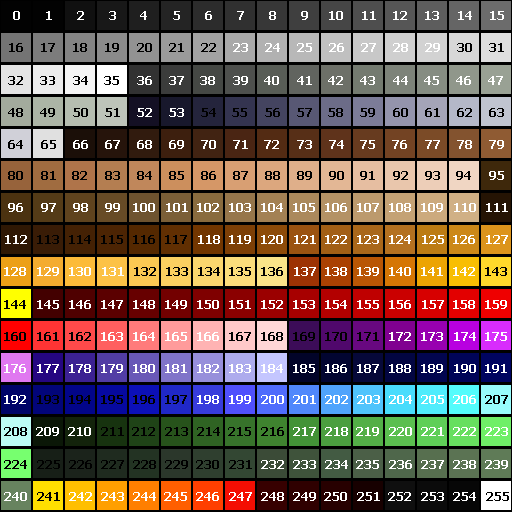 Note: Although index 255 is white, it is in-game remapped to index 0 (black) by the COLORMAP in the Hexen IWAD. As a result, the white color cannot be used in Hexen mods unless a fixed colormap is included. 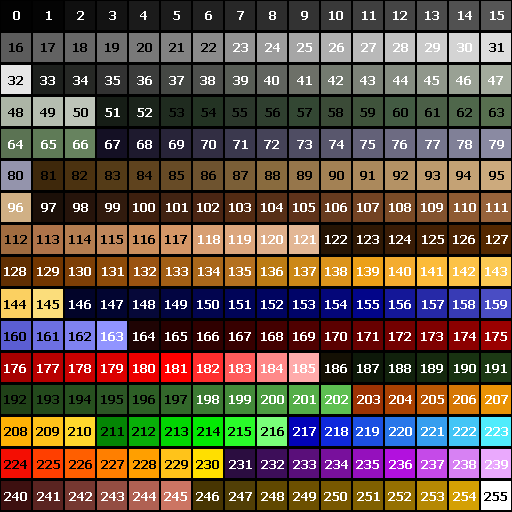 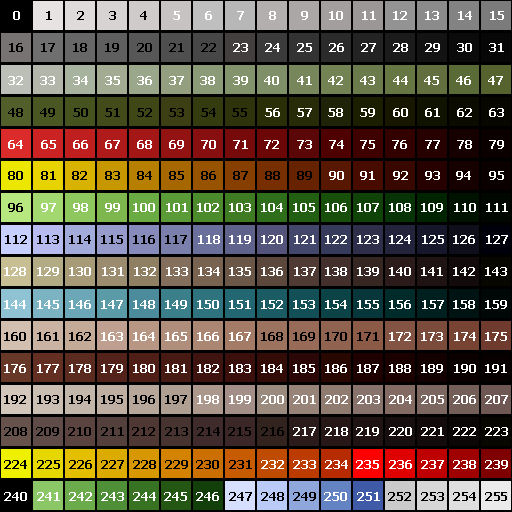 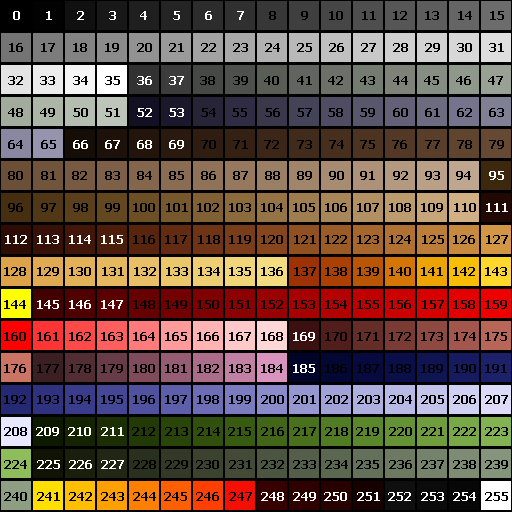 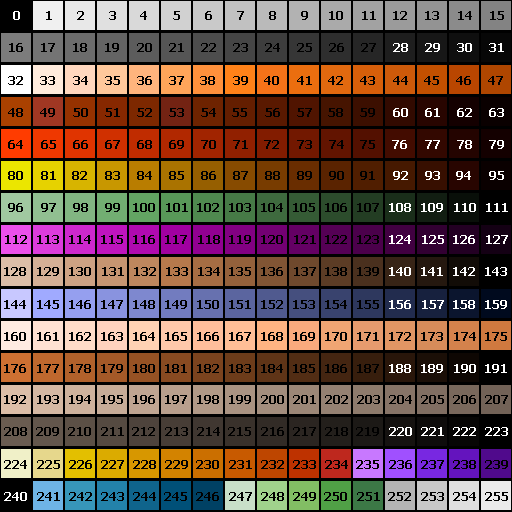 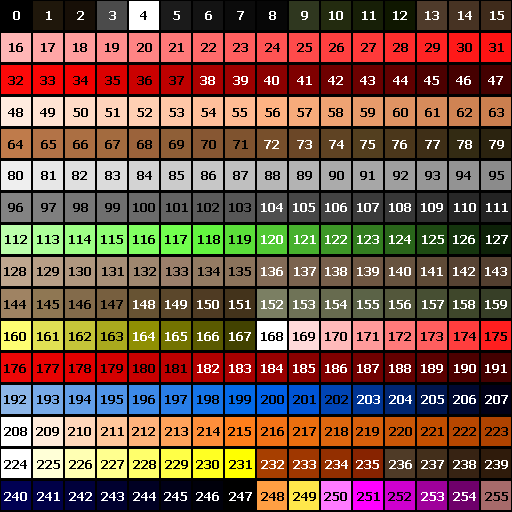