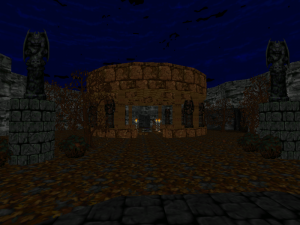 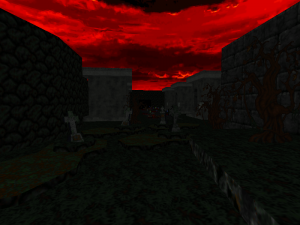 Scourge of Viscerus is a seven-map hub for Hexen offering classic gameplay. An evil sorcerer named Viscerus, helped by his four disciples, is attempting dark rituals to resurrect old terrors; and has apparently already restored the unliving deathkings to their semblance of life once more. Not wanting to see all your hard work undone, you set to find the stone circle which will lead you to Viscerus' keep, and from there access the four domains of his apprentices where you will gather the artifacts needed to reach and confront the demented sorcerer. But there may be surprises ahead. 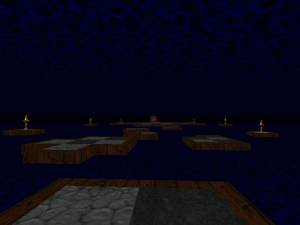 The void of chaos.

Scourge of Viscerus makes a relatively subtle use of ZDoom features, mostly limited to the new boss enemies and ACS scripting beyond what vanilla Hexen offers. The map set is organized with an introduction map ("Journey"), a five-map hub with a central map ("Blackened Temple") connecting to the four others ("Forgotten Archives", "Foetid Necropolis", "Murky Wetlands" and "Sleet and Cinder"), and a final map ("Inner Sanctum"). This last map is divided into several smaller subparts, one for each of the many boss fights. The meat of the map set is in the five-map hub where, as in the original game, each part of the hub is very distinct in theme and apparent location. The first part of the inner sanctum is located directly below the blackened temple, but the fights will take you to a void where the Hexen chess metaphor seem dramatically relevant.