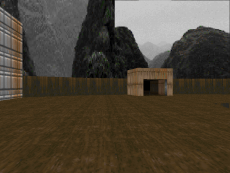 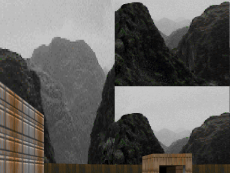 Sky stretching is a feature in ZDoom to accommodate free look with sky textures meant for an unchangingly horizontal point of view.

By vertically stretching the sky texture, ZDoom can avoid tiling it, which would look odd. However, the stretching effect does not necessarily look good either.

In either case, it is meant to compensate for looking up, and tiling might still happen when looking down.

In all cases, tiling may happen when looking down, for example when a sky floor is used or if the sky is allowed to go below the horizon. A texture needs to be at least 544 texels high to avoid any sort of tiling.

Note that sky stretching does not happen in the OpenGL renderer of source ports such as GZDoom or Zandronum.