For more information on this article, visit the Ultimate Simplicity page on the Doom Wiki. 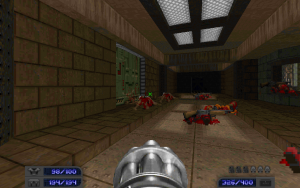 MAP10, on the way to battling the boss for the first episode.

The original Simplicity won a Cacoward (in 2005, at the same time as Spork's Temple of Chaos 2), gained fame and popularity throughout the community and was generally well received, despite the final episode being unfinished and comprising of a couple of bonus maps. However, the Ultimate version went largely unheard of, despite being an improved version of the original. Featuring the same two episodes as before, along with the same palette and a few new tricks such as a new HUD and a few tongue-in-cheek loading screens at the start of the TITLEMAP, the Ultimate version is largely just an upgrade.

The third episode is now a full 10 map "Directors Cut", made up of the maps that were replaced or reworked for the upgrade, but in their original versions. One key difference is the number of secrets, which is reduced considerably in the Ultimate version over the entire wad when compared to the original. However, the overall experience is the same, and you have to play the Directors Cut to really notice the improvements prevalent through Episodes 1 and 2.

This map set was perhaps one of the larger influences on many mappers, inspiring waves of "Spork-alikes" who would imitate the clean style of architecture and fairly straightforward gameplay showcased throughout. Austerity is perhaps the most notable example, which is Tormentor667's tribute to Simplicity.